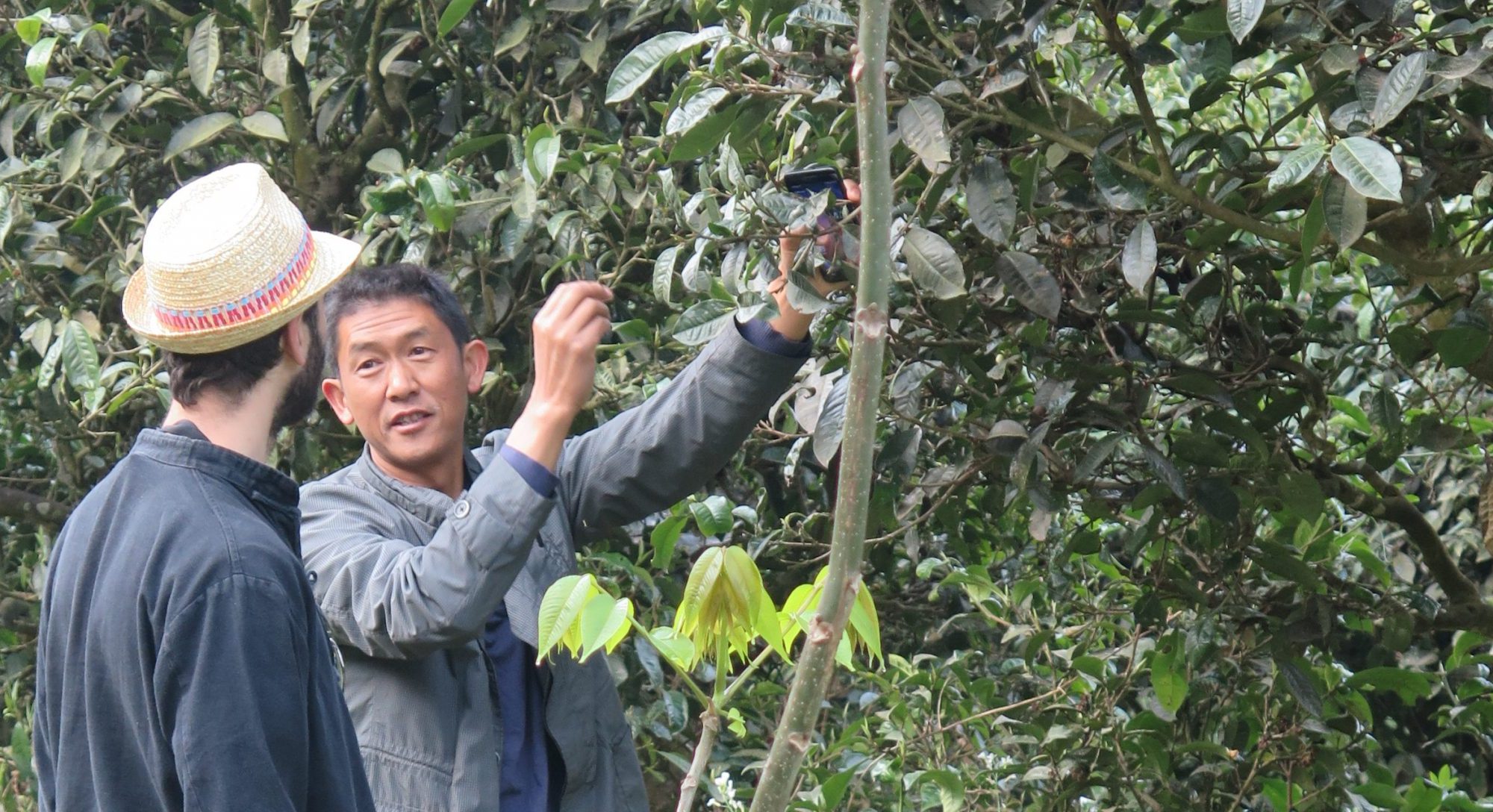 In this section, I would like to introduce an interesting point of view on the substances contained in tea from trees of different age and in regards to their metabolism. It was originally written by Chinese author Isundust at the www. puer.cn website. I must admit that the author possesses ample knowledge of tea trees and their functioning. In regards to tea plant cultivation, he is emphasizing factors influencing the growth such as shading, temperature, watering, soil composition, use of fertilizers, orientation, and altitude. Then he points out that as the food absorption and the metabolism is changing in humans with the age (for example that of youngsters is vigorous and that of old people is slow), the same may apply to plants, just in a different manner, and therefore substances contained in tea leaves are changing through the absorption and metabolism of the tea plant with its age.

Trees over 30 years old have obvious carbon metabolism and produce large amounts of monosaccharides (such as glucose, fructose, ribose, etc.), oligosaccharides (such as maltose, sucrose, raffinose, etc.), and polysaccharides (glycogen, starch, chitin), hyaluronic acid, hemicellulose, etc.), glycoproteins, proteoglycans and glycolipids. Therefore, the bitterness in the tea leaves is low, and the sweetness and mellowness are good.
Generally speaking, carbon metabolism and sweetness are becoming more obvious with the growing age. Since the post-fermentation of raw Pu’er tea is closely related to the sugar content of tea leaves, mature buds and older tea tree buds will age better, so some people prefer ancient tree tea and big tree tea. In fact, for tea trees over 30 years old, if the ecological environment is not bad and the number of pickings is small, then it is more difficult to distinguish trees of 30 and 50 years, and trees of 70 to 80 years.

The biochemical difference between plantation bushes, small trees, old trees, ancient trees, big trees, and thousand years old wild tea trees is that they have different metabolisms. Nitrogen metabolism is obvious when trees are young, and carbon metabolism is obvious when trees are old.
According the taste of tea, Isundust prefers raw sheng Pu’er tea with a sense of sweetness gained with ageing years. The first sweetness is interlinked with the age of the tree, and the second is the sweetness brought by the ageing process. For ordinary consumers, the taste of eco-tea trees of 30 years is already very good.

Here I have a bit mingled understanding of what the author want to say about the “same” tea area etc. It seems like he is making a comparison between two ways of preparing tea – the hot and cold version. However, later he is describing the infusion after “it gets cold”, so I need to make my own observation of this technique and come with conclusion.
Or may “you the reader” write your opinion that? 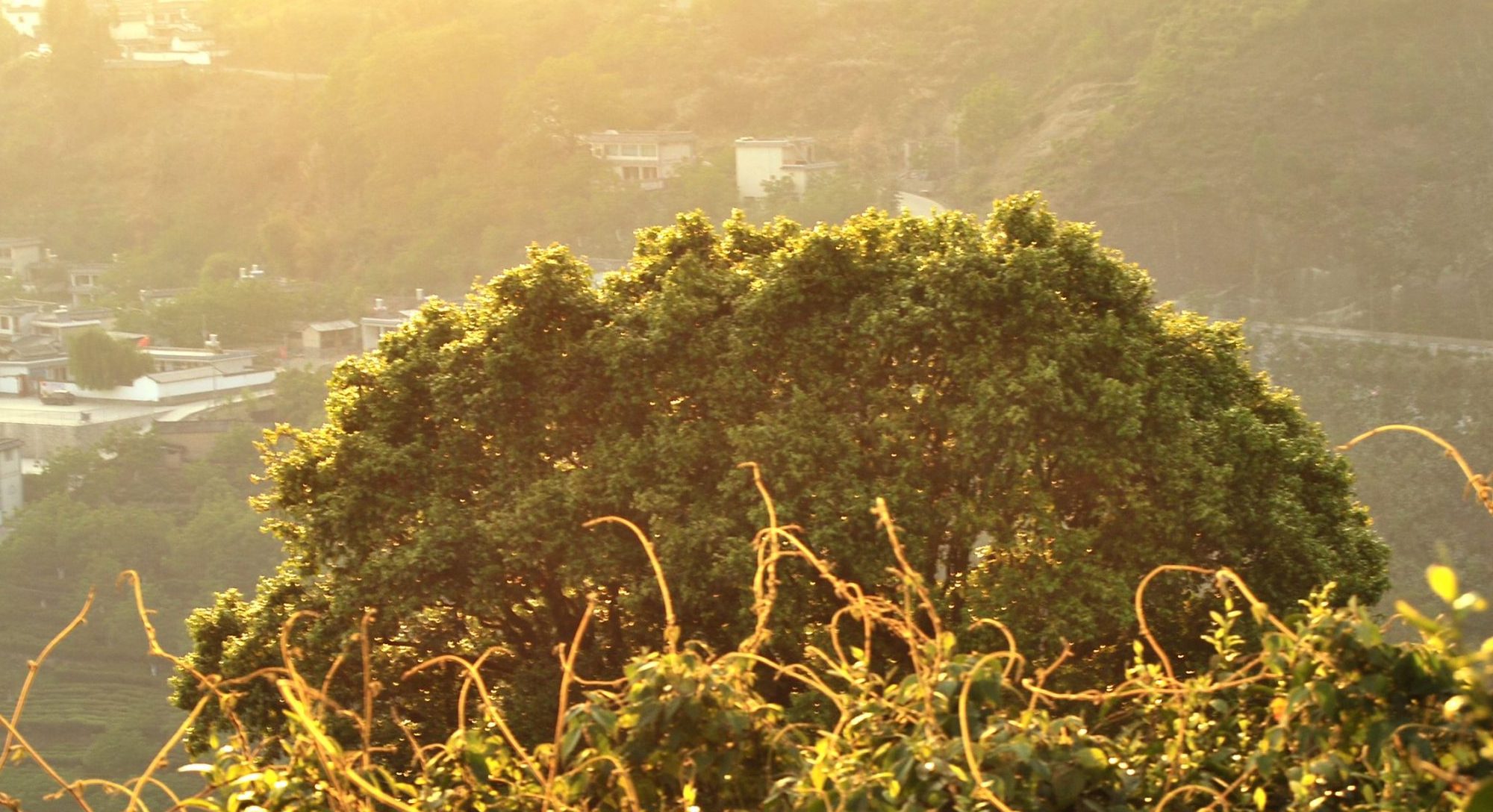 Imagine the forest some thousand years ago. How many trees could have possibly survived till now?

Yet, today there are still tea trees, which were yielding the harvests of tea leaves to dozens and maybe even a hundred generations back. The place of their origin is in the Yunnan province of China. The tea plant is referred to as Camellia sinensis – in Chinese it is chashu 茶树. I didn’t expect that this plant will change my whole life when decided to spend my one-year scholarship of 2007 in Yunnan province during my Chinese studies. But the way of life, those amazing people and the pallet of teas here, all these deeply stroke my heart. Yunnan became one of my major destinations in China. It is the most beautiful, adoring and the most uneasy place I have ever explored. And thus, I always love to come back and explore it again. In Yunnan, we can still find over a hundred and over a thousand years old tea trees growing in different altitudes under various conditions. However, these conditions were not bound only to this one exact region. Their population are exceeding far beyond political borders, and today, we can find them in Vietnam, in Laos as well as in Burma.  Throughout thousands of years have these trees evolved into different colonies with different features. Some have leaves covered by tiny hair, some don’t, some are very bitter, some are sweet. And all can be produced into the most delicate beverage – tea.

But let’s get back to China, as it is the cradle of tea and peak a bit into its tea history. As early as 3000 years ago, the wild tea collected from the virgin forest in southern Yunnan became a tribute to the Zhou Dynasty. Since then, through the Qin, Han, Tang, Song, Yuan, Ming, and Qing Dynasties, tea in the southern Yunnan not only became a tribute to the imperial court but also became an important material to exchange horses from Western Asia through barter trade. For thousands of years, southern Yunnan has been transported by caravan, exchanging tea for horses and trading tea. At the end of the Ming Dynasty and the beginning of the Qing Dynasty, Simao city built an official road from Pu’er city to Kunming city (the provincial capital), for the convenience of paying Pu’er tea to the capital. This Caravan Road, which went north and south, east and west, is the ancient tea horse road which was later known in the west as “Southern Silk Road”. The ancient tea horse road extends outward through the sea passage to America, Europe, Africa, and Oceania. 1

On my journeys throughout China and particularly the Yunnan province (each spring from 2012 to 2019, except 2014), I have come across places with above hundred years old tea trees in the Xishuangbanna region, as well as a thousand and above years old tea trees in Baoshan and Lincang region. Now, I would like to share my experiences and the knowledge gained during my travels and from Chinese books.

Let’s take it from the very bottom. We can divided tea trees according to their way of spreading into generative varieties (you xingxi 有性系 / sexual) spreading naturally by seeds (also known as Quntizhong 群体种 which means colony/group variety), and into vegetative varieties (wu xingxi 无性系 / asexual) spreading by cuttings. Then we can devide tea trees according to their species into wild and common species.
The first group of old tea trees which I want to describe is called the Wild tea tree comm-unity, which are in Chinese commonly addressed as Yesheng chashu qunluo 野生茶树群落. The oldest tea tree from this community is Xiangzhuqing 香竹箐 (on the picture below). The species of this tree is not bearing the name of the Camellia Sinensis, but the Camellia Taliensis (after the name of Dali town). According to Chinese research made in 2010, this tea tree is 3200 years old and is also addressed as chazu 茶祖 the “tea ancestor”. This wild species of thousand years wild ancient tea trees, also refering as Qiannian yesheng gu chashu 千年野生古茶树 with a big trunk and crown, can be found in both sides all along the Lancang River in Baoshan, Lincang, Pu’er and Xishuangbanna region. The common mark of its leaves is a glossy texture without much hair and with quick oxidative properties, which is very suitable for producing Yesheng hongcha 野生红茶 – wild black tea. Some producers, however, produce also green Pu’er tea from its leaves, which can be of a very nice flowery taste, but much different to all Pu’er from the common big leaf variety. Local people from Mangshui town have another name for it – the Datang Hongku 大塘·红裤 – the “Red trousers from Big dike”. There also may be different wild tea trees, yet unknown to me – for example the Crassicolumna seems to be the same species just with different name.

The common species of old tea trees in Yunnan are addressed as the Big leaf variety group or the Daye cha pinzhong 大叶茶品种 in Chinese. In Latin, it is known as Camellia sinensis var. Assamica. These big leaf trees are divided into three sub-varieties bearing the names of their places of origin: Fengqing variety 凤庆种,  Mengku variety 勐库种, Menghai variety 勐海种. These varieties differ in their trunk measurements, the height of the tree, the type of the tree crown, the shape and colour of its leaves, which are most suitable to produce Pu’er tea 普洱茶 and hongcha 红茶 – we know it as black tea.2

All these varieties has also different leaves material features, thus different processing approach, and the final tea can vary in its taste and oxidative properties. Therefore it can take a lifetime to fully comprehend the nuances of all these varieties and places. But speaking of tea from old tea trees, it is not merely about the old age of the tree, it is moreless about the vitality of the tree, the depth of its roots which are necessary for absorbing sufficient nutrients, which then can be reflected as a richness of substances in the tea. If we make a comparison of two teas from the same environment and different age, tea from ancient trees would be much more complex in taste and endure more steepings, but it would be less fragrant then the tea from small tea bushes. So sometimes it is also good to have a nice pu’er cake from younger tea trees, to be able to adjust ones recognition ability.